Dr. Jerry William Dailey was born on June 25, 1953 in Anderson, Indiana to the late Dr. C.B. and Martha Dailey. Dr. Dailey moved at an early age with his parents and older brother to Jacksonville, Florida and there he attended the public schools of Duval County, graduating in 1971 from Andrew Jackson High School. Dr. Dailey then accepted a basketball scholarship from Bethune-Cookman College, Daytona Beach Florida. During his junior year he attended the University of California at Berkley representing Bethune Cookman as a recipient of the Crown Zellerbach Foundation Scholarship. In 1975, after returning from California, he graduated with honors (cum laude) from Bethune-Cookman with a Bachelor of Science Degree with a major in Psychology. Dr. Dailey acknowledged the call into ministry at an early age and was licensed by his father, Rev. Dr. Charles C.B. Dailey at his home church, the First Baptist Church of Oakland, Jacksonville, Florida in August of 1973. Upon graduation from College he was accepted into the Eastern Baptist Theological Seminary (EBTS), Philadelphia, Pennsylvania. While in seminary he was mentored and trained by the late Dr. Frank B. Mitchell of the Pinn Memorial Baptist Church, Philadelphia, Pennsylvania and became Dr. Mitchell’s assistant. Dr. Dailey was the first member of his class called into the Pastorate while a student. Dr. Dailey was called and became the Pastor of the First African Baptist Church, Sharon Hill, Pennsylvania in August of 1977. He graduated from EBTS with a Master of Divinity Degree in May of 1979. Because of the magnitude of his ministry, Dr. Dailey received numerous honorary degrees inclusive of, the Doctor of Theology Degree – Guadalupe College, San Antonio, Texas, 1991; the Doctor of Divinity Degree – American International Bible Institute, Killeen, Texas, 1996; the Doctor of Divinity Degree from his Alma Mater, Bethune-Cookman College, Daytona Beach, Florida, 2000. Prior to his coming to Macedonia in December of 1985, Dr. Dailey had two previous successful pastorates; First African Baptist Church, Sharon Hills, Pennsylvania from 1977-1982 and Greater St. James Baptist Church, Ft Worth, Texas from July 1982 – November 1985. Many accomplishments took place in both churches that remain at this time. 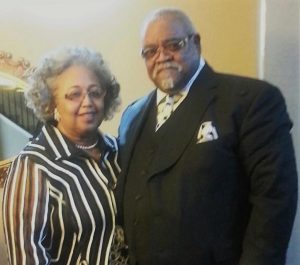 In November of 1985 Dr. Dailey was called to become Pastor of Macedonia Baptist Church in San Antonio, Texas and with his lovely wife and three little girls, he relocated to the city in December of the same year. Dr. Dailey is both a visionary and great spiritual leader. He has led Macedonia in Major renovation and building efforts. Under his leadership, over a dozen sons have either started their ministry or served under the ministry of our Pastor. Pastor D, as he is affectionately called, has established on-going discipleship ministries designed to equip believers for the work of the Lord by identifying spiritual gifts and developing a love relationship with the Lord, which became a spiritual marker for Macedonia. Pastor D implemented his vision of growing the church through Fulfillment Hour (Sunday Bible Study) to reach, teach, and minister to the needs of members and non-members, with immediate growth. Pastor D’s compassion for the community compelled him to establish the Macedonia Community Development Corporation (CDC) which was incorporated and received nonprofit status in June 2002. He captured the spirit of Macedonia when he created the motto “A Church with an Exciting Ministry Where Love is Intentional and Discipleship is our Goal.” His contagious and enthusiastic leadership gave life to these words by taking ministry beyond the four walls of Macedonia through programs such as the Good Samaritan Food Ministry, feeding the homeless both physical and spiritual food through the Under the Bridge Ministry, Fluency Practice Ministry at the Henry B. Gonzalez Elementary School, assisting 1st and 2nd grade students improve their reading skills, Meals on Wheels, ministering to two nursing homes, and helping people where they hurt through the Restorative Justice Ministry. Pastor D also founded the Roland and Adolph Franklin Scholarship Fund to assist Macedonia’s college students with tuition up to four years. Pastor Dailey, wanting everything the Lord has for Macedonia, was led by the Holy Spirit to appoint the Board of Directors (Leadership Council) to aid him in the administration of church life in 2005. Pastor D is a third generation preacher and is much sought after as a preacher and teacher. Pastor D’s community involvement has been numerous and beneficial to many. He has served as a Board Member, Alamo Branch of YMCA, Bexar County OIC, San Antonio City Zoning Commission; Member of Kappa Alpha Phi Fraternity; the San Antonio Chapter of NAACP; the San Antonio Police Civilian Advisory Board, 1996; and Chairman of the San Antonio City-Wide Revival (1987-1993) and 1999-2000). He was appointed by San Antonio’s City Council to serve on the first Police Civilian Advisory Board. 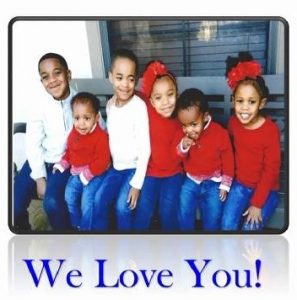 Pastor D’s denominational services are many including: Serving as the First Vice Moderator of the Guadalupe Baptist District Association, First African American elected Moderator of the San Antonio Baptist Association (over 200 multi-cultural churches); Member of the Executive Board of the Baptist General Convention of Texas, Member of the Southern Baptist Convention; the National Baptist Convention of America, Inc. (NBCA), Member of the Executive Board, NBCA, Inc; Chairman of the Commission on Chaplaincy, NBCA, Inc., Instructor for NBCA and Congress of Christian Workers. He is a Former President of the San Antonio Baptist Ministers Union and Surrounding Vicinity, 1993-1998; Former Deputy Secretary of the National Baptist Foreign Mission Board, Former Chairman of Plans and Policy of San Antonio Baptist Association; Former Member of the Foreign Mission Board, NBCA, Inc.; Former Treasurer of the African-American Fellowship, Southern Baptist Convention; and San Antonio Gospel Music Workshop of America 1997 Pastor of the Year. Dr. Dailey received the 2000 MLK Distinguished Achievement Award Nominee from the city of San Antonio MLK Commission and Inducted in the 2002 Counting Your Blessings Hall of Fame. The first African American appointed to the Administrative Executive Board of the Baptist General Convention of Texas (BGCT). Pastor D served as President of the African American Fellowship of the BGCT from 2003-2005 and was also honored as one of the Magnificent Alumnus (Top 100) at his Alma Mater Bethune-Cookman College, Daytona Beach, Florida, in September 2005. Pastor Dailey was selected as the 2011 Honorary Wing Chaplain for Lackland Air Force Base. He was also the recipient in the spiritual leader category with the CPS 3011 “Amazing Energy Award.” Pastor Dailey was also selected by Morehouse College in Atlanta, GA in April 2011 to be inducted into the Martin Luther King, Jr., International Board of Preachers. 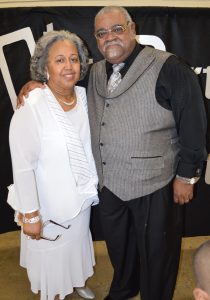 He was inducted in the Black Church Worship IV Hall of Fame February 2015. Honored at the 2015 Class of Black Book Release (Honoring African-Americans in San Antonio), July 20, 2015 representing the People of Faith Community. Pastor Dailey was elected as Community of Churches for Social Actions (CCSA) Chairman for 2017. His many awards and recognitions attest to the breath of his service through the years

He credits his mother, Mrs. Gwendolyn Dailey, who along with his father raised him, especially after the death of his birth mother, for constantly instilling in him, his two brothers and two sisters, the drive to become whatever they wanted to be in life.

Anyone who knows Pastor ‘D’ knows that he preaches, teaches, and lives a family oriented life. The loves of his life are his wife of 40 years, (January 2017) Janice Marie, a Bishop College graduate, whom you can hear anytime the gospel is proclaimed especially by her husband. She is the epitome of a true Pastor’s wife and mother of their three daughters: Joy Marie, and her husband George Parks Jr. Jasmine Noelle and her husband Anthony Gardner, Jr. , Jeri Nicole., and 6 grandchildren Jairus Wm. & Jaslyn Gardner and George L., III (Trey), Genesis, Gabriel and Grayson Parks.

Pastor Dailey will celebrate September 2017, 32 Years of faithful and dedicated service as overseer of God’s people here at Macedonia. He is a dedicated preacher and has a passion for God’s Word, preaching the Gospel Message led of the Holy Spirit. This (2017) year will mark 44 years of preaching the Gospel of Jesus Christ.

Send me an email and I'll get back to you, as soon as possible.